One-Click Export to XSLS and View as Spreadsheet in Excel

No popup dialog box settings, set various export options, then click execution. The new "One-Click Export to XSLS" feature makes the entire export process quite easy, click Excel icon on toolbar, query results are exported and opened in Excel, now you can continue working with this data within Excel. Note that a XLSX worksheet can contain up to 1,048,576 rows of 16384 columns.

View as spreadsheet in Excel

The 6.2 version allows you to import csv files and automatically distinguish the delimiters and quote char of csv files. It provides dynamic typing functionality that converts numeric, date, boolean, and array data to their types instead of the remaining strings. 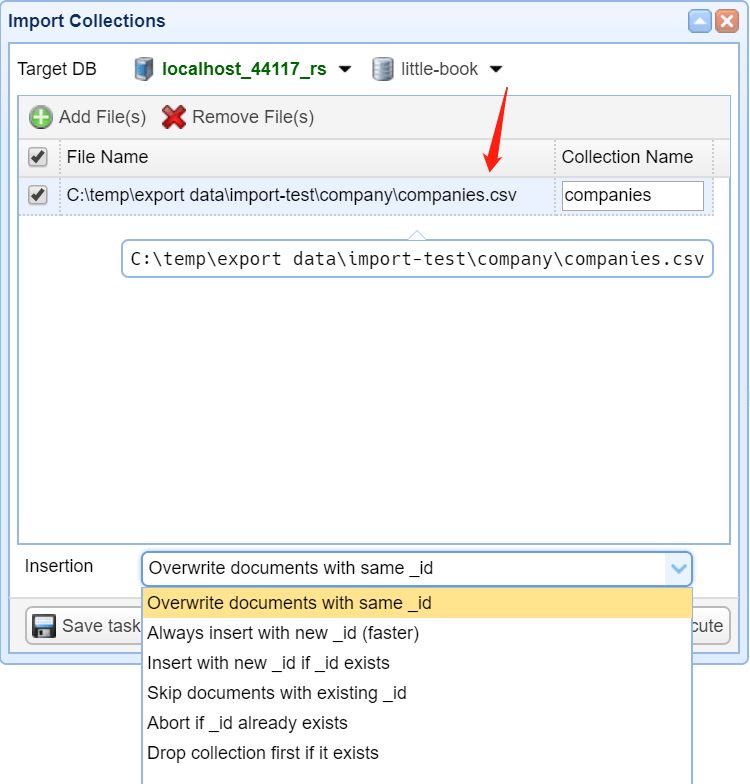 In this version, we have greatly simplified the template code for import and export, and the import and export function now requires only one function. Although the code has become very simple, customization is still powerful, and we now have a parameter called transformer that allows pre-processing of imported and exported data.

Here is an example of exporting query results to a JSON file. In transformer, we added a field called exportDate to the exported document. The "transformer" returns a plain object or Promise (object), if return null skips this doc.

The following is an example of importing a csv file into a collection. In transformer, we added a field named importDate to the imported document.

Object Explorer can use "CTRL" and "Shift" keys to select multiple items, and when it is in a multi-select state, the context menu provides some relevant operations depending on the type of selected node.

The following figure shows the context menu in the multi-selected state of the Collection node. Unlike "Drop Collection", "Clear Collection" deletes all documents in the collection, but does not delete the collection itself, nor does it delete its indexes. 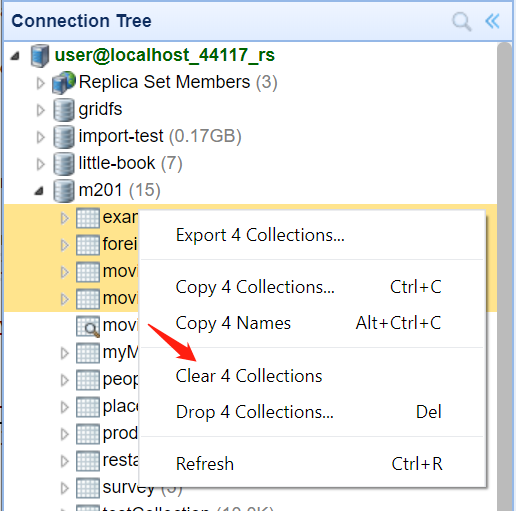 The "convert Field Type" menu item has been added to the right-click menu in the tree view to convert the type of the selected field to the target type. This feature uses "$convert" operator and aggregation pipeline parameter, requires MongoDB server version 4.2 or above. At the same time, we have added a code template called "convertFieldType", which can be used directly in the script editor.